The summer of 2018 is set to be another great season for motorbike shows and events across the UK. Whether you’re in the mood for an auto-jumble or a stunt show, some whacky races or a day ogling the finest custom-built machines, there’s something on this list for you to enjoy. 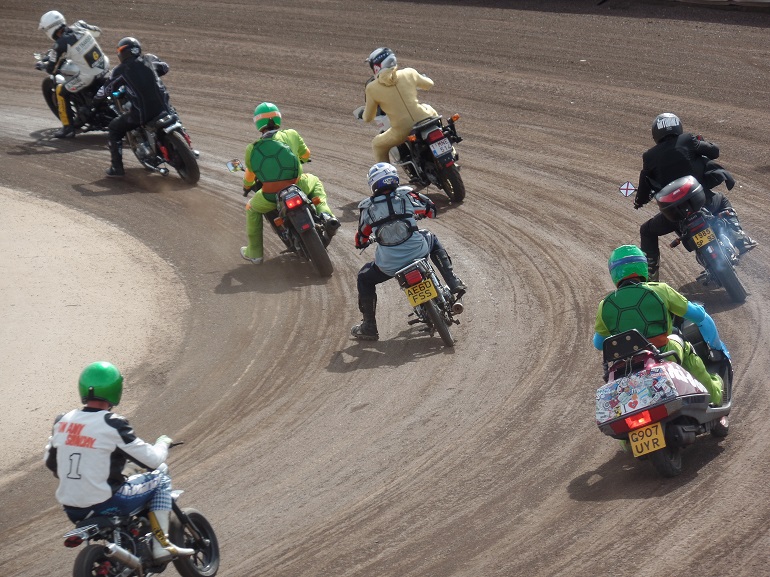 No motorbike event has ever taken itself less seriously than DirtQuake, and that can only be a good thing. Spread out over a weekend on the outskirts of King’s Lynn, DirtQuake is an event where just about anyone can race.
Some have-a-go racers appear on multiple bikes across multiple rounds, so there’s plenty of machinery to admire. Last year’s event, appropriately sponsored by classic, custom and multi-bike specialists Bikesure, was packed with everything from 49cc mopeds to 1200cc Harley Sportsters. The only proviso for racing is that you ride in the same kit you’d ‘normally’ wear, on a bike that has passed its MOT.
The rules can lead to some interesting sights – 2017 saw a pair of (human) crabs on Vespas receive a standing ovation in the 50cc heats, while famous face Guy Martin raced against a couple in sequinned onesies on bikes that still had their number plates attached.
There’s a ‘Barely Legal’ race for learners only, an ‘Inappropriate Roadbikes’ heat that’s usually packed with hard-handling choppers and one or two more serious dirtbike races to keep things competitive. A great family day out, you’ll have plenty of opportunity to shop for new gear and even new vehicles while you’re there. 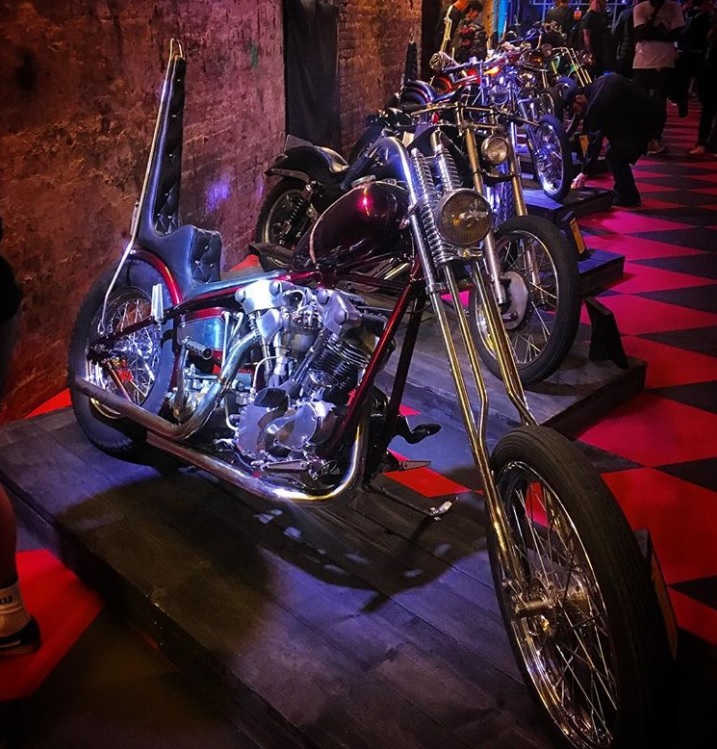 Running in collaboration with Dice Magazine and The Great Frog, Assembly packs some of the world’s best custom motorcycles under one roof in London at House of Vans.
A new kid on the block, 2017’s Assembly was the first of its kind and proved itself as the place to be to check out incredible works of mechanical art. Even an iconic orange chop belonging to the scene’s late hero Tom Fugle made an appearance.
Expect row upon row of painfully valuable motorbikes with mind-blowing, and often wildly impractical, customisation. After a few drinks at the bar, surrounded by a crowd as keen on motorbike style as they are on the bikes themselves, you might be tempted to come home with more than a new helmet from the stalls. 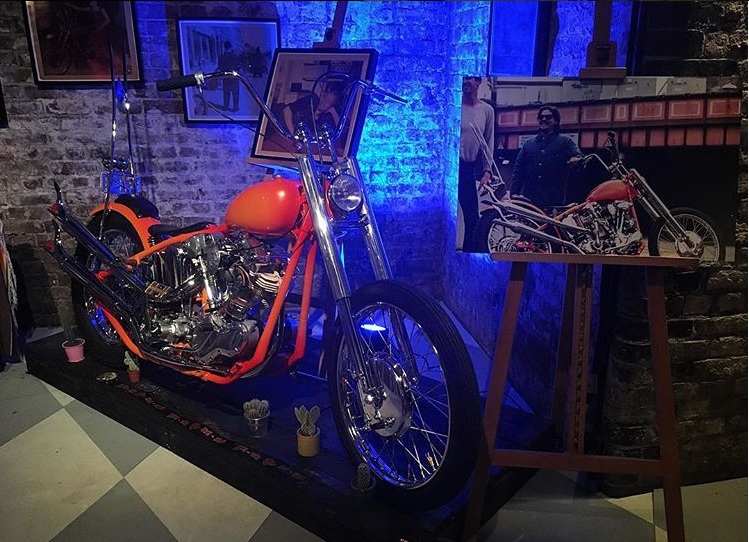 Falling in mid-September, Suffolk’s Trip Out motorcycle festival marks the end of summer for some, and the party just getting started for others. Set over three days, when you aren’t getting distracted by the cult movies, DJs, live music and licensed bar, you’ll be lusting after row upon row of vintage custom motorbikes.
The Trip Out are particularly keen to see “Choppers, Bobbers, Lane Splitters, Bar Hoppers, Baggers, Stockers” and fully custom builds – but there’s also room here for muscle cars, hot rods, trucks and lowriders. All in all, it’s a great weekend for a petrolhead, and the weird and whacky entrants into the Bike Build-Off contest are well worth a look-in.
It’s not all go, go, go, with a chill out tent, retail stalls and retro hair and beauty parlours also on site. But all weekend long, you’re guaranteed a friendly crowd of true motorcycle enthusiasts. 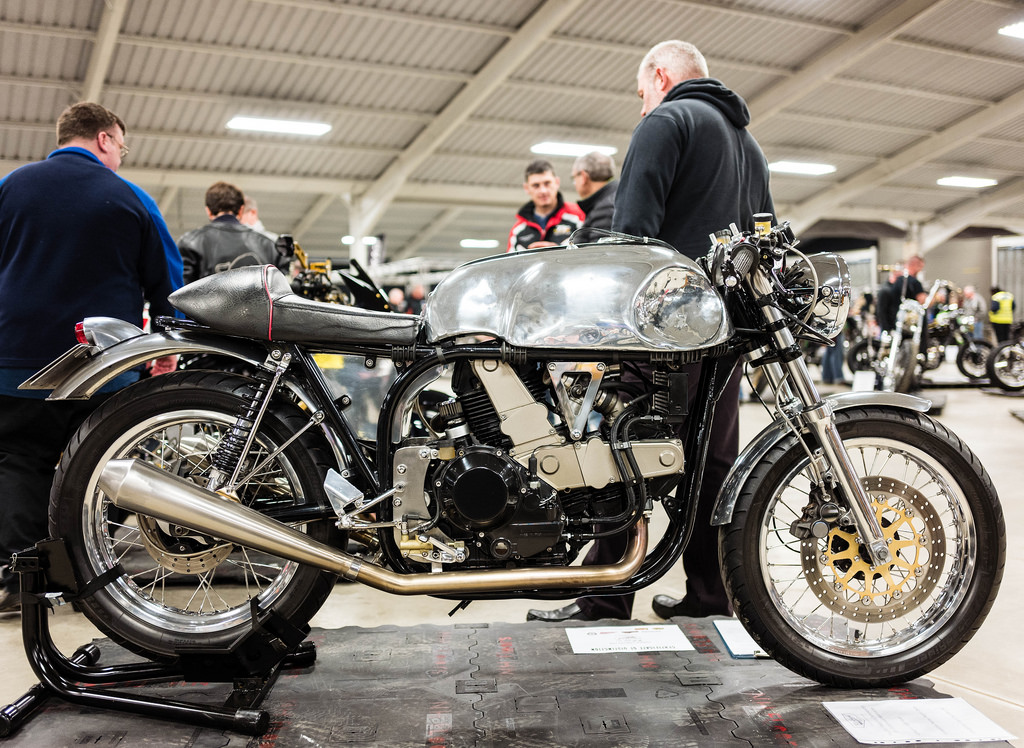 There are two Kickback events due to happen in 2018 – the stunt show and shed jumble in Kenilworth in April, followed by the Festival of Bikes in Cheltenham in September.
While there are all kinds of offerings from experienced professionals, Kickback’s ethos is very much built around showing the DIY, grassroots creativity found in sheds and garages around the country.
The Kenilworth event will host 2018’s National Championships for Customised Motorcycles, as well as a professional stunt show and huge indoor jumble sale. Judging categories include Freestyle, Best Young Builder, Café Racer Style and Modified classic – among others.
In smaller, but no less interesting format, Cheltenham’s Festival of Bikes is an indoor event taking over the town hall with a vast exhibition of custom-built machines.

5. Copdock Motorcycle Show
Ending the summer’s events nicely, Copdock bowls into Ipswich for the first Sunday in October and boasts a little bit of everything. Start by rummaging in an extensive outdoor motorcycle jumble sale, where you’ll find all the obscure old parts you need for those project bikes at the back of the garage.
There’s a polished exhibition show hall, stand after stand of traders and motorcycle groups, as much food and drink as you could ever need and live action from stunt shows to motorbike football to the judging of vintage showbikes.
Prices are often lower here than you’ll find them off-site, so whether you need a new set of springer forks or you fancy buying a 1980s Melody moped, you could be in luck.

Other Noteworthy Occasions
Of course, the five picks above are not the only worthwhile events in the UK for 2018. MCN’s London Motorcycle Show offers a great post-Valentine’s weekend in London, with their Scottish event taking place in Edinburgh at the start of March. Then there’s Shropshire’s Classic Dirt Bike Show, the Manchester Bike Show – the list goes on.
While the sun is shining and the cold, wet weather is at bay, what better way to enjoy it than on two wheels?