Silverstone Is a Legendary Racetrack 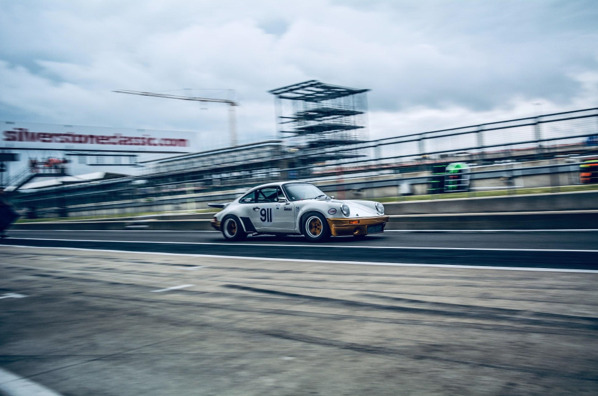 If you are a fan of speed, then you must visit Silverstone Circuit. Silverstone Circuit is located near the village of the same name in Northamptonshire, UK. Shortly after the war ended, the base was abandoned and a local man decided to take it for a drive in his car and invited a few pals along. Soon racing enthusiasts began to gather at the track. Noticing this, the Royal Automobile Club made the track an official motor-racing track, the first races were held on special runways base, but soon the circuit was rebuilt for the greater convenience of riders and spectators. In 1950 the first English round of Formula 1 was held here. The track was based on the World War II bomber airfield, RAF Silverstone, built in 1943. Three runways of the airfield, in the classic airfield format of the time, lie within the limits of the track. Subsequently, the configuration of the track has changed several times, and even quite significantly.

For safety and speed purposes, the racetrack has undergone several major upgrades: in 1991 and 2010. After reconstruction in 2010, the track received a new boxing and paddock complex, named “Wing” and located between “Club” and “Abbey” corners. The famous track was transferred to famous computer games and therefore is familiar to gamers around the world who prefer racing games.

The current configuration is 745 meters longer than the historic 2009 version, with a section of speed bend, a bunch of three corners, and a long straight between the Club and Brooklands corners which is great for Ferrari Portofino Rosso. The cost to reconstruct the track is not known, but only on the construction of boxes and the paddock was spent 27 million pounds. The new configuration was named Arena and has been adopted as the basic configuration for Formula 1 and MotoGP Grand Prix.

Since the circuit is located on the site of a former airfield, another peculiarity associated with this is the strong winds. Strong winds are combined with fast corners and this can lead to big problems for the drivers, who need to understand the wind direction at the moment, to enter the corner correctly considering the wind strength, and choose the right braking points.

Now this famous circuit takes riders from all over the world, gathering large crowds of spectators. This is where speed has gained a real premium status and therefore you must visit the Silverstone circuit – the place where racing legends were born.

How to get there

Silverstone is conveniently located in Northamptonshire in the middle of the country. If you are traveling across the Channel from Dunkirk or Calais you can get to Silverstone Racecourse directly from Dover in 2 hours and 40 minutes. The circuit itself is very easy to get to by car on the A43 either from the M40 or the M1 which are connected to the London ring road M25. If you use public transport, the nearest main train stations are Northampton, Banbury or Milton Keynes.

There is a large parking lot near the Autodrome, the price of entry to which is included in your ticket on race days. You can also park in suburban parking lots. These are Touchester Racecourse, Terwstone Air School, and Hinton-in-the-Hedges Airfield.